What to make of tonight's 7-2 brutalization at the hands of the San Jose Sharks? Should we mourn and wallow in this "well, they just have our number" sentiment because of San Jose's utterly flukey ten-year-or-whatever dominance over the Caps? Should we grovel before the specter of yet another NHL black jersey?

Nah. Let's play a little game of There's Someone Worse Off Than Us. Which would you rather be tonight: a fan of the Caps, that team with the ludicrously loaded lineup of talented youngsters kind of flying under the radar towards a deep playoff run, with a couple of those key youngsters plus one cagey rejuvenated veteran on the shelf with injuries, bowing humbly by five goals to the best team in the league, oooooorrrrr, would you rather be a rooter of those Texas Tech Red Raiders, that #2 football team in the land and quite the darling little pick to end up in the national title game, who were historically spanked by a team rated three spots below them, likely ending any hope of a championship this late in the college football season?

We'll take the Caps and their early season drubbing, knowing the team is really better than this, and that with a lineup featuring a few less injured superstars, they are still a legit contender. It's a late November loss to a team that has yet to lose in regulation at home (damn you, gimmicky overtime rules, for cursing all of us who write/blog/whatever about hockey with the need for that "in regulation" qualifier"). It's still something that can be avenged in June.

MUST READS ON THE WEB 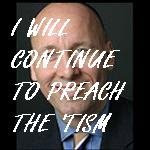 We know you are thinking, "Whoa, since when did the DCO pop up on my RSS feed twice in one week?" Well folks, it's time to celebrate, as for the first time since this blog's inception, a strong, emphatic, positive, enlightening W immediately followed a Wizards post on the DCO! To wit, there is master-scribe Mike Wise, patently preaching for the playtime plugging in of newest Wizard heartthrob JaVale McGee. What a piece from this reformed calmer-downer of the region's hyperbole-spewing set. As if your fill of awesome Wizards stuff wasn't completely sated by that gem, here is this relevant web link from our BFFs at Bulletsforever, who took the time to send me questions, likely to figure out when I might actually post again. Be sure to click on all of their advertisements as well.
Posted by Bobtimist Prime at 3:30 PM 2 comments:

Oh Eddie Jordan, you and your undermanned, undergunning, yet never underachieving Wizards have once again struck the earth and dug yourselves another DC Hole of 0-5 to attempt to emerge from heroically once the writing off by the media has finally occurred. What to do now that Brendan, Gilbert, and A.D. are suffering ailments, the Hollinger and fiyastarter ratings sink you to the basement, and the emerging place from this deficit must begin in Utah, where pretty much no one wins? Such early season despair may cause Wiz fans to panic; where might they find the inspiration to trust in the efforts of Eddie's group to bounce back to their better than average ways? Why, if you are practitioners of 'tism, and ride the iron horses of the Metro rail, you might find inspiration in these enormous, seemingly nonsensical advertisements for a giant oil company. Some of the companies weird inner thoughts they hope for the country to share in an effort to conserve energy remain bizarrely chosen (we remain particularly inspired by the lady who will "unplug stuff more."). While the plea from the gentle elderly fellow with his strong beard to "Use less energy" fits right in with this blog's recent output, we see the inspiration in these messages as maybe applying to the Wiz, who are participating in their own cute little Metro ad campaign. Why not combine these two philosophies into one, and thus create the ultimate in energetic ad campaigns, only rivaling the 2003-2004 "Pure Energy" campaign moniker the Wiz used. Below are some prototypes: 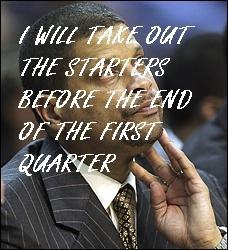 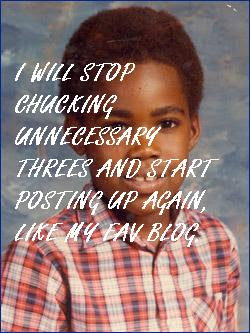 What does it take to bring a blog out of its posting slumber? How about a Sovetsky Sports interview with Alexander Semin, brought to us by the Puck Daddy blog? About halfway in to this Q and A session with rising Capitals’ star only now catching NHL-wide attention, a question is posed regarding Semin’s place in the Ovechkin/Crosby/Malkin rivalry, asking Alex S. where exactly he fits in with this trifecta.

What a nice little middle-of-the-interview softball question. It’s the perfect opportunity to throw about some Mary-Worth-worthy platitudes, stuff like “It’s just an honor to be mentioned with those guys” or “I don’t think I’m quite there yet” or any manner of throwaway compliment to Sid's "vision", etc. But Alex knows what he has to do, what must be done. Risking the wrath of every darling-loving NHL analyst and Wheeling-dwelling Pens fan, he states: “What’s so special about Crosby? I don’t see anything special there.”

After these two sentences, we have no choice but to admit Alexander Semin to the DCO Hall of Fame. He will become Co-Director of the re-christened Stevenson-Semin Accurate Player Assessment Wing. As we all know, the Wizards’ Deshawn Stevenson gained admittance to the DCO HOF last March with his similarly establishment-bucking comments on the Sidney Crosby of the NBA, Lebron James. His hype-defying analysis was enough to garner him a wing of the DCO named in his honor. Today, Semin shares in that honor for the brave Russian’s own calling out of a Chosen One.

But wait, Semin didn’t stop with just those two sentences? He went on? Take a gander at this:

“I think that if you take any player, even if he is "dead wood," and start promoting him, you'll get a star. Especially if he scores 100 points. No one is going to care about anyone else. No one is going to care whether he possesses great skill. Let's say you put someone in front of the net and let him deflect pucks in, and he scored 50 goals; everyone will say "Wow!" and then hand him a $10 million per year contract. That's what they like here. “

Sounds familiar, no? Take a player, christen him “The Next One”, promote the living hell out of him, convince the more highly impressionable amongst us that he’s “the face of the NHL”, and bam, star. Semin’s seemingly rare ability to see through such nonsense will be of great value to the Accurate Player Assessment Wing. Perhaps Stevenson and Semin can combine forces to encourage some brave soul within the NFL ranks to follow suit and declare Tony Romo to not be one of the greatest quarterbacks in history. Perhaps this individual will defy the Peter Kings of this world to find the Dallas quarterback not divine, and in fact quite prone to the turnover and completely addicted to the playoff-game-blowing play. Deshawn paved the road for such brave whistle-blowers. Alex has followed. Who’s next? The DCO HOF awaits.
Posted by DC Optimist at 12:17 AM 3 comments: