Brashear and Motzko: Can They Be Stopped?

Last night, the Capitals accomplished two tasks that have proven quite difficult for most NHL teams this season: they scored on the New York Rangers and were scored upon by the New York Rangers. The confluence of these rare events resulted in one of the better games I’ve attended in recent years. Throw in the scoring prowess displayed by the unlikely combination of a career minor leaguer and a career bruiser and there was even more to love about the game. Who knew that, with all the line juggling we’ve seen this year, the ultimate offensive fourth-line chemistry would be found between Donald Brashear and Joe Motzko. Brash even pummeled Colton Orr (almost casually) for good measure. With teams possibly forced to give added defensive attention to this burgeoning juggernaut, Alex Ovechkin’s steady climb up the scoring leaderboard should accelerate.

There was an enthusiasm in the building I’d not sensed since the home opener. Even though the crowd was on the not-so-large side, and even though it was moderately polluted with Rangers’ fans, it got into the game in a big way in the third period and overtime. And why not, as the Caps continued to bury early-season demons as they un-bury themselves from the depths of the NHL (caught the Kings and Coyotes; getting ready to pass them). Getting scored on first? No longer a problem. Early two-goal deficit? No longer a problem. Lost a couple of third-period leads? Even less of a problem: just finish the job in OT, with the NHL’s highest-scoring defenseman, Mike Green (he of the 30-plus minutes on ice), deftly beating the likely-still-stinging-from-a-first-period-Ovechkin-slapshot Henrik Lundqvist.

The standings are looking friendlier in these days of three-game-winning streaks and 6-3-1 recent records. Wins are solidly in double digits. The playoffs are only six points away. The division lead is coming into view at only nine points away. The strange Southeast Division (with all teams sporting negative goal differentials) is definitely still there for the taking. The chance for much conference and division ground-gaining is there this weekend, with Buffalo and Tampa on tap. The trip to Detroit after that looks intimidating, but didn’t that early season trip to Ottawa look equally so? That worked out pretty well. The stuff after it…well, that’s why the wins need to keep coming so we can forget about it. 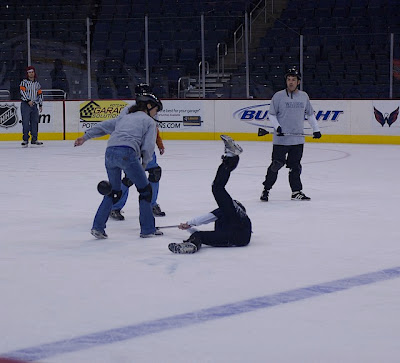 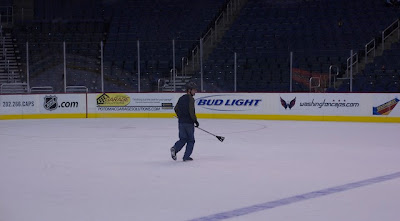