Teams That Know How To Make a Comeback

With the Capitals successfully finishing off another two-goal-deficits-mean-nothing-to-us, come-from-behind win last night (in a shootout, no less! Matt Bradley?!), the standings climb continues. First place in the Southeast, only four points away, is a virtual lock. The Thrashers and Hurricanes continue to flail away, hearing the footsteps of the Capitals and their gang of massively achieving, under-age-25, budding superstars behind them. Seriously, the youth movement is in full reward-reaping mode. Look at the key contributors last night: Backstrom, Ovechkin, Gordon, Semin, Green, Shultz (ignoring that little miscue on the penalty kill, he had a fine game). All young, all still on the ascent, all primed to be key cogs for years.

As this rising continues, a perhaps logical question would be: Is it still too early to compare this Caps’ resurgence with other recent DC return-from-oblivion stories? Of course not. Let’s look at how other locals have returned from what appeared to be disastrous straits to achieve almost-playoff-glory or at least mild-to-moderate respectability.

Nationals: Almost too obvious. Remember 9-25? We don’t. We do remember a spirited and inspiring 4/5 of a season that saw the Nats rise from potential eternal joke to a not-so-shabby-all-things-considered fourth place finish with fewer than 90 losses. Even that will be all but forgotten in coming seasons as the losses dip below 80, then 70, then…

Redskins: Definitely too obvious, given its freshness in all our optimistic minds. It’s easy to remember 5-7; easy to remember head coaching gaffes of monstrous proportion; all too easy to remember a murdered young star; easy to remember the franchise quarterback on the turf grasping his grotesquely dislocated kneecap. But, ahhh, the four-game win streak, the dismantling of the Cowboys (starters and reserves), who subsequently dismantled themselves against the Giants, making us almost able to completely enjoy the playoffs again (go Packers!). It also made me, personally, completely unable to choose my favorite Cowboys’ playoff moment: 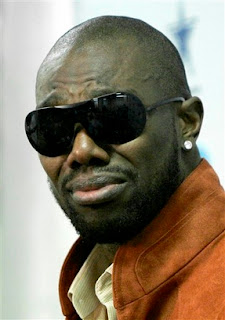 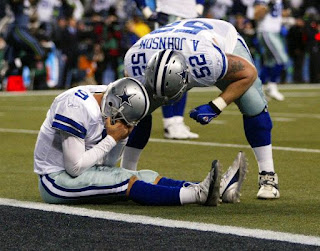 The Redskins, of course, made their second improbable playoff run in three years and, also for the second-time in three years, lost to the Seahawks and their architecturally enhanced, totally cool and non-cliched “12th man”.

Wizards: While speaking with Bobtimist Prime recently regarding the Wizards’ dizzying perch of fourth place in the Eastern Conference, as well as their back-to-back pastings of the Celtics, I literally forgot this team had started 0-5. Just for a moment, but I did forget. A 20-12 record since then (a record begotten partially by the Wiz not immediately dismissing Eddie Jordan at the first sign of trouble). When they make their Arenas-aided run through the playoffs, they stand an excellent chance of being the most successful rising-from-disaster DC team.

United: Dreary days in April, as they got off to their first 0-3 start ever and they extended their longest losing streak ever. As we all know, they went on a tear and made the playoffs. Sure they fell a little short after that, but they…made the playoffs.

Mystics: They had a brutal winless start as well, but theirs was 0-8. Eight straight losses to start the season and they still very nearly made the playoffs on the season’s last day.

Looks like a theme. Or a pattern. Start slow, struggle, finish strong, surprise people (or almost surprise people). Everyone else had done it. The Caps will too.