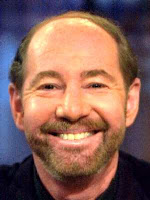 Hello boys and girls and welcome to another edition of PT-er-DCO, where today we will discuss this week's most optimistic sports personality. A person who, in the face of non stop defeatism, instead spread 'tism. Yes, this week's MAO is none other than Tony Kornheiser, who on the Thursday edition of Washingtonpost.com's strange "Talking Points" vide-blog-thingies, said the Redskins could possibly win on Sunday. "Talking Points" is the current Kornheiser presence on the post.com where viewers are treated to random video footage of him and Wilbon yapping shot by a cameraman who enjoys seeing himself in the mirror. This is what Washingtonians are given instead of the dreck that Kornheiser had been writing in the post-bandwagon era where most of the material involved finding someone's name that was similar to an older historical figure's name and making reference to it. But as much as we don't miss what TK was outputting, we were refreshed with his words on Thursday. Just about everyone in the world, even Canada has the Redskins getting their burgundy and gold hinds handed to them by some quarterback you may have heard about non-stop all season and his head coach, whatever his name is and their curious scouting techniques that may have been touched upon in the sports broadcasting landscape. Yeah, we are actually pretty sick of hearing about this "best ever" team and their tough road to 7-0, beating such powerhouses as the Miami Dolphins, the New York Jets, the Buffalo Bills, et al on their way to astounding offensive prowess and fantasy numbers. That is why we think it's nice that Kornheiser is sort of waffling onto the side of the skins, saying "the Redskins have good players at every position." Wow, impressive words, and without even making a reference to Jason Campbell's last name, which is the same as a soup manufacturer.
Kornheiser's debate partner in this webisode is sports editor Cindy Boren, who makes a "Dumb and Dumber" reference that likens the skins' possible victory to Lloyd's million-to-one chance of getting a date with Mary ("So you're telling me there's a chance" being the correct quote). Kornheiser sternly rebuffs Cindy's flippant tism-hatred by continuing to harp on the Redskins' goodness (another form of B-Lloyalty, maybe?).
Frankly, we agree with TK and think that the (insert overpraising adjective here) Pats have yet to see a guy like Sean Taylor, who has single-handedly set back quarterbacking with his ability to fly towards whatever ball is in his vicinity, occassionally nabbing an interception in the process. People are constantly impressed with all of the offenses that have welcomed the skins, yet afterwards, those offenses are questioned for their ability to properly perform. Why? Mostly it's because of the brillilant schemes of Gregg Williams, who dials down the blitzes against Martz and Co during the 34-3 bludgeoning of the Lions, goads Favre into going deep during their "should-have-won-it" loss in Green Bay, and scores major points during their "definitely-won-it-despite-major-injuries" victory over the Cards last week. This defense is special and it should be a mitigating factor, disrupting this oiled-up machine or whatever related picture of efficiency there is to describe that Boston-area team's offense, and likely nabbing turnovers.
Similar predictions were layed upon the skins before their visit to Philadelphia earlier this year, remember then? ESPN.com "national" polls had the entire world picking against the skins. In that game, it was those defensive backs sealing the win and the season for the Eagles, aparently.
Now if the associate offensive head whatever on the Redskins side of the ball can be as prolific with his backs, maybe this game-winning defense can be off the field long enough to maybe, just maybe seal a victory. According to Kornheiser, it is very possible.

Posted by Bobtimist Prime at 5:18 PM

Labels: OPTIMIST OF THE WEEK, Redskins