We Will Now Light Bill Simmons on Fire 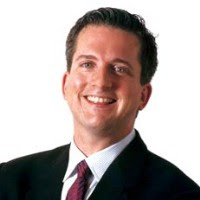 We here at the DC Optimist are big fans of "The Sports Guy," Bill Simmons, who despite having churned out about 7000 different columns that rework the same material, is still the most fun sports columnist out there. Usually when guys like Mike Wise and T-Boz are dropping pop-culture references, our eyes are rolling like potential field goals through Tony Romo's supple fingertips. But when Simmons compares certain Celtics or Red Sawx to characters on "Recent MTV Reality Program," we know the reference comes from actual program viewing, not brief skims of "Reliable Source" in between reading opera reviews. We normally wouldn't join the online chorus that sings every time he missteps, cajoling his early public denouncing of sports blogging, his increasing irrelevance in the face of more constant and more x-rated material from his next of kin, and his prevalent douchebaggery inherrent to him being a Boston sports fan, but recent events have had us think of joining into that clatch of haters, and with the resulting karmatic 'tism that has occurred upon his last batch of whimsical firings in the direction of our nation's capital, we are justified.

Earlier this month, Simmons, again in a sabbatical to produce another best selling ego-stroker, answered a few choice emails from fans. The first email sparked our hater-fires a bit, needling the very competent Washington Nationals and the oft misperceived notion that they are terrible:

Q: If Bonds had hit No. 756 on the road, would the mood have been similar to
when Chong Li killed that guy in the Kumite in "Bloodsport"?--Matt G, Boston

SG: Right down to the swollen body and the oversized head. Look, I know it
makes me a racist that I didn't want an ornery African-American baseball player
who I believe cheated over the past nine years to break a record held by a
dignified African-American baseball hero who didn't cheat, but still …. I
thought it was appalling that (A) people weren't more appalled, and (B) a team
going ABSOLUTELY NOWHERE like the Nationals didn't intentionally walk him every
at-bat for three games just to make a point for the rest of the country. Nobody
took a stand against Bonds this season -- not Bud Selig, not MLB, not the TV
networks, not the opposing players or managers, nobody. Not one person stepped
up. Everyone was secretly excited to see it happen. And by the way, I include
myself because I probably watched 95 percent of Bonds' at-bats live the past
three weeks. Now I feel dirty.

So I guess the Nationals, a team that was going ABSOLUTELY NOWHERE, that was riding a six game win streak upon their arrival in hype-fested San Francisco, should have just catered to this sort of reactionary notion of game fixing to appease the rampant hate-filled lynch mobs that followed Bonds throughout his pursuit of statistics. Too bad that NOWHERE going team ended up winning that game despite Bonds' hated heroics. The NOWHERE boys also have something called team pride and a brilliant manager to prop up in lieu of pending Major League honors. I also see no mention of the Plan, which quintessentially dismantles the entire notion of going ABSOLUTELY NOWHERE, right down to signing 20 draft picks, re-signing key veterans and healing nicely. If NOWHERE means the top of the National League East shortly, count me as one of the lost. I mean, if the Nationals were say, members of the National League Central, a division they have thoroughly dominated recently, NOWHERE would likely mean PLAYOFFS.
Thankfully, redemption needed not be in the form of the DC Optimist getting angry on the internet, Simmons reading it and subsequently writing some 3500-word response that reaches for Karate Kid references and suggests new VH1 programming. No, Simmons was likely dealt a more symbollic blow by recent brilliant Jim Bowden acquisition Willie Mo Pena, who after scorching in his first few ABs against the Mets, blasted another Nationals home run in a seven-oh deflowering of the Houston Astros. Why, in that same August mailbag Simmons cries for a Willie Mo trade for, well, nothing:

Q: What do you consider to be a fair trade the Red Sox can make for Wily Mo
Pena? My roommate and I were discussing it, and we decided that a cheeseburger
would be fair. But not just any cheeseburger… we're talking a one-pound cheddar
and bacon burger from Fuddruckers. We figure once we add on the tomatoes,
pickles, relish, mustard, ketchup, jalapeños, nacho cheese and onions, we'd come
out on top. Your thoughts?--James, Brighton

SG: Um, you'd come out on top if
you traded Wily Mo for a single-patty McDonald's cheeseburger with nothing on
it. But I like the thought of Theo Epstein announcing the deal, then holding a
news conference in which he eats the Fuddrucker's burger in front of the
reporters and cameraman and just repeatedly says, "Mmmmmmm … . Mmmmmmm … mmmmm,
this is delicious, it almost makes up for the fact that we effectively gave away
Bronson Arroyo … mmmmmm … yummmy … "

Hmmm, well that Fuddrucker's burger, AKA PTBNL, ended up blessing the Nationals with some late-lineup thunder. Mo Pena, the Shareef Abdur-Rahim of the MLB is another Re-Red in the Nats lineup, looking to make Bowden look brilliant twice, and strangely enough, sometimes that formula works (compare the two teams, at the very least). It's also interesting how as soon as Bowden nabs a veteran mid-season, they explode out the gate. Remember the inauspicious debut of Junior Spivey? What about Preston Wilson's first-game-as-a-Nat bomb? It was like the guys threw on the Red White and Grey and immediately thundered. We can only attribute these sort of breakouts to the redemptive waters of 'tism flowing freely through the Anacostia. Just ask Dmitri Young about how soaking in those waters not only rehabillitates your swing, but also your livelyhood. Why Ronnie Belliard was thought to be a scrap heaper until his bat started to connect consistently and his defense sparkled, the reason (secret)? 'tism. The 'tism in RFK is contagious folks, and it's only right that Mo Pena, oft-maligned by Masshole sports fans who somehow find a racial group responsible for any team woes, is the next to benefit. And since Simmons often takes to "lighting himself on fire" when a trade doesn't go the Bahston way, we are here to light the first match. Willie Mo will bring the wood.

Posted by Bobtimist Prime at 9:45 AM