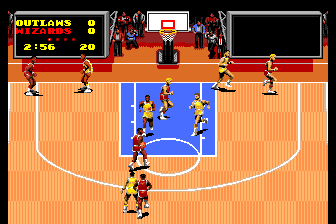 Based on recent comments from DeShawn Stevenson, DCO believes it is reasonable to conclude that Gilbert Arenas is mere days away from returning to the court. Note that Stevenson says that Arenas is "up walking around" AND "playing video games." This is a double dose of good news, as the juxtaposition of these two verb phrases must mean that Arenas is both mobile and has somehow come into posession of an advance version of NBA Live for Nintendo Wii. This is good news for Wii and Wizards fans everywhere.

Never ones to rely upon only one source for news, we at DCO maintain that we have confirmation Arenas will return to save us all based also upon this box score, where Gilbert is clearly listed as not having played due to "Coach's Decision" (no doubt to preserve him for the playoff run). If there is any reason to state this other than Gilbert's imminent return, and subsequent leading of the Wizards to glory, we'd like to hear it.