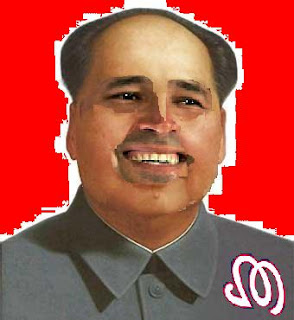 Optimism isn't just an airheaded, blindly homeristic, borderline delusional way of reading into the barren local sports scene. Optimism isn't just a Mr. Bean I-don't-givea-crap way to look past the inevitable ridicule of the local and national media. Optimism isn't a foolish method to ignore obvious flaws, instead harping on a few good qualities like having a butta-faced girlfriend. No, optimism is more than that. Optimism is a way of life, a philosophy, a lifestyle choice, a movement. No one better understands the struggles of our movement better than our fearless leader. When attitudes get a bit colder in the district's sports fandom, we marinate in the warm glow of positivity that eminates from the fuzzy soul of Nats P.E. Teacher-like coach Manny Acta, the first-ever two-time recipient of the MAO of the Week award, an award which was also named after him. In a rather Schneider-on-the-basepaths slow local sports week, with drearyness seeping from such bastions of optimism as Joe Gibbs and Tom Boswell (the DCO Board briefly considered stripping the Post columnist of his own MAO of the Week Award), it is Acta who shines above all. Mark Zuckerman of the Washington Times understands this, and despite neglecting us our necessary percentage for giving him the idea for his piece, he has profiled Man-Act in a way that warms our hearts.
We don't see Manny as simply a rah-rah-ing motivator of a coach who slaps the bottoms of GIDPers in an effort to slap away the grim reality of the looming historic implications of ineptitude. No, MAO is our leader, our revolutionary savior, our chairmananager, our chairManny who neglects ruining fine lunch spreads when encouragement can be better achieved through motivational quotations. We have already begun passing out copies of "Best of Successories" to our contingent, printing them in a little red book format. We gather in 2005-at-RFK numbers chanting selected passages from it, hoping to bring down the established elites that run the local sports scene with their trade demands, contract fusses, and obligations to foreign lands.

The country is full of good coaches,
What it takes to win is a bunch of interested players. - Don Coryell

There are days when we think there is no hope, but then we look to chair-Manny's teachings and realize that his example is the ultimate version of whatever we have been trying to accomplish.

...Acta continues to stay the course. Rather than dwell on whatever negatives
come out of each loss, he looks for small rays of hope. When the Nationals lose
3-1, he points to the strong performance he got from his starting pitcher. When
they rally late to make things close, he applauds his players' ongoing efforts.
And when they lose eight straight games, he points to the fact that five of
those were by two runs or less.

Sound a little bit like your favorite optimism-themed blog? It's no coincidence. DCO supports Manny and his glorious revolution. Your only choice in this matter is to join us!

Posted by Bobtimist Prime at 10:06 AM