The Secret to the DC Optimist's Success 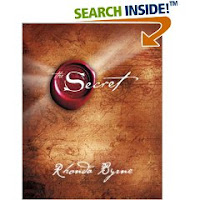 Many recently have wondered, what is it exactly that powers those brilliant insights over at the DC Optimist. While the rest of the planet and maybe Mars were all gathering their reasons for the Nats to have the worst record ever in recorded organized baseball history, we were thinking not. And you know what? We were right. When everyone was jumping on the surgically repaired shoulder-padded backs of Redskins players whom didn't report to Organized Team Activities, the DCO stood tall and refused to accept their absences as anything more than procedural. We were right again. And when the DC Optimist predicted a competitive series between the Wizards and the Cavs, we were again on the money. So what exactly makes our insights so overwhelmingly on-point? Well, it's a secret, a secret now known by over five million book and DVD purchasers across the globe. It's a secret that was shared by Oprah to her legions of bawling fans on not one, but TWO episodes. That secret of course is The Secret, a self-helpish book that believes in the ultimate destiny behind positive thinking. To paraphrase this scripture-like tome, the universe can understand your inner-most thoughts. Therefore to control the future of yourself and the things around you, you simply think of wonderful things happening! So when the Nationals began their glorious season by getting smoked by the fish, the DCO went to work, compiling positive thoughts in a manner that would ultimately lead the Nats to prove optimism-haters wrong. See, it's that simple.
Chair-Manager Acta has also participated in The Secret's success, no doubt using it to secure his first ever major league managing position by thinking of Joe Girardi with a headset on, then thinking of nurturing tortured free agent shortstop pickups followed by envisioning himself smiling. A couple of months later and he's donning the red W cap in Southeast. When his team was getting shelled in both the press and the box scores, Manny again went to work with the Secret teachings, professing their power in the form of positive quotations culled from other treacly self-help books. These quotes ended up manifesting themselves into a wildly successful run that has neutralized just about all of the worst-team-evar talk and instead has everyone believing in the plan.
Now that we have proven how spectacular the power of positive thinking is, it is time to go to work fellow optimists. The editor of The Secret, Rhonda Byrne simply thought about positive vision and then no longer needed her glasses! Loyal Oprah-ists have even used the power of the secret to forego breast cancer treatments. If we together can convince those magical universal controllers to heal the slowly mending fibers of Nick Johnson's leg, maybe we can envision this silky-smooth swinging first baseman anchoring the cleanup spot in the Nats' lineup. After the freak collision with Austin Kearns caused the injury last year, trainers guaranteed a healthy Nick by opening day. But they did not forsee his leg taking it's sweet time to heal, kind of like the Mystics taking their sweet time to figure out how to win. So now I want you all to work with me, just picture big #24 in those majestic block red letters warming up in the on-deck circle at RFK. Picture as he fouls off two nasty Tim Hudson splitters to make the count 0-2, drawing a yokelling praise from Don Sutton. Then picture the dead-eyed hazel blues just laying off of two more low and away fastballs to even the count. An inside forkball is fisted off for another foul. Hudson, suddenly flustered, according to Bob Carpenter tries to fire one past big Nick, but NO, Johnson rips one off the wall in left. Nook Logan comes around to score and the Nationals have won another series against the Braves, as the stands bounce and the people of Atlanta continue to not care. Just place those lovely images in your head (and not those other ones about Kelli Johnson, you brute), and soon the key to the Nats' lineup will return. Now I am going to starting thinking about the Blog Show...
(Don't think we have neglected your contributions, optimism-haters. We just know that ignoring you is key.)

Posted by Bobtimist Prime at 2:11 PM

Thats funny man, my sister was pushin that DVD on me